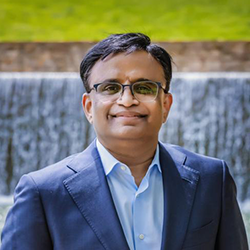 Dayakar Puskoor, Founder and Managing Partner of Dallas Venture Capital (DVC), is a serial entrepreneur turned visionary investor who had the foresight to launch one of the first tech-focused venture funds. Headquartered in post-telecom Dallas, the fund invested in several pioneering early stage startups in cloud, AI/ML and mobile technologies in Dallas, Silicon Valley, Seattle and India.

The Power of Second Acts for Startups 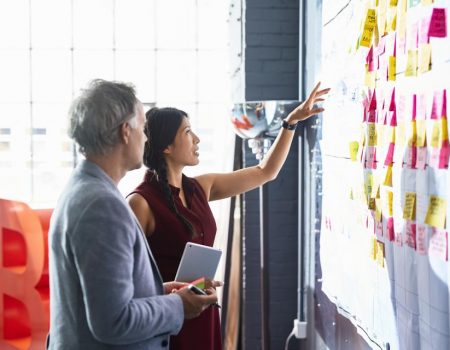 Successful second acts by individuals and companies can be inspirational. There have been several such examples in recent times in which companies have found success after pivoting from their original business model or focus, such as Shopify.

Below I’ll discuss some successful second acts starting with my own startup journey in which we shifted from business-to-consumer to business-to-business. These transformations can be made for growth momentum, by market forces and for survival.

My first startup grew to $4 million in revenues in three years. We were the pioneers in web-to-wireless technology and were the first to convert a Palm PDA into a wireless email device in the late ’90s. Our solutions were sold to consumers, and we saw the potential to repurpose our technology to power enterprise business workflows. We transformed our client-only technology into a client-server platform and launched the world’s first mobile server platform, which enabled enterprises to power mobile workflows. It went on to become an industry-leading multi-device, multi-network platform resulting in an enterprise value of $185 million in the year 2000.

It was a pivot that was performed to gain growth momentum by repurposing existing technologies to serve newer and lucrative markets. A technology that was bound to get commoditized was platformized. More recently, Shopify is an example of a “tool to platform to ecosystem” transformation.

Market forces can also trigger transformation for both longtime businesses and startups. This requires agility on the part of leadership to seize the moment, steer the ship in the right direction and chart a new course of prosperity.

For example, the digital revolution has forced traditional software companies to cloudify their technology. Microsoft and Adobe, despite being goliaths, were able to not only transform their businesses to become cloud-centric, but in the process changed to subscription-based models thereby effecting two pivots at the same time. In the case of Microsoft, steering a large organization in this new direction can be attributed to the unstinted focus of its cloud business leadership and the simultaneous withdrawal from markets in which the company was not a leader.

While this has set the two companies above on a path to growth prosperity, several startups in recent times have also taken a cloud-first and mobile-first approach. This approach has given startups in the past decade — the decade of the cloud — the agility to change course with ease. Startup founders who were able to make course corrections have found immense success. For example, one of our portfolio companies began its life as a photo-sharing application that ended up competing with Google Photos. The startup was agile enough to repurpose its AI and deep learning computer vision technology for the fintech and geospatial industries.

Pivoting for survival requires outstanding grit, unstinted execution and deep market instincts. Existential threat and survival instincts can bring the best in startups. As the adage goes, it is the survival of the fittest. Startup founders are passionate about their inventions, but if they add to the repertoire to adapt their business, this second act can shift them from survival to prosperity.

One of our former companies is a good example of this kind of second act. The startup provided innovative hardware technology that connected directly to a corporate network. Because their product connected directly to a company’s network, it required multiple levels of approval for a potential customer to try it out due to the potential for security risks. This increased the sales cycle considerably. Then the company was advised to develop a USB interface for its hardware that enabled potential customers to test the product in minutes instead of several months. After making the change, this startup, which was on the brink of extinction, went on to be acquired for 25 times its revenues.

As can be seen from these examples, second acts can transform startups and businesses to greater heights, growth and profits. There are a few common denominators across each of the transformations above that can be applied to many situations:

1. Success for any startup or business depends primarily on the problems it is solving; technology is simply an enabler.

3. A second act can become second nature for successful startups and their founders.

Institutionalizing the power of pivoting can lead startups to continuous success that can sustain and transcend technology hype cycles.

DVC is a team of passionate entrepreneurs on a mission to transform the startup journey.

Where is your company located